Bastles are defensible farmhouses from the time of the Border Reivers, where rival clans living in ‘the debatable lands’ between England and Scotland, raided each other’s farm steadings. They are characterised by having defensible living quarters on the first floor, and thick-walled ground floors rooms within which livestock could be safeguarded when under attack. Castle Nook and Whitlow farm has the remains of at least four bastles. The earthworks of two survive within the fort, while the remains of others survive within later building complexes at Holymire and Whitlow. These bastles probably date from some point in the 17th century, possibly from the same time as the narrow ridge-and-furrow to the south of the fort.

Wellhouse Bastle was consolidated about 2011 under the EU Countryside Stewardship scheme which supports the conservation management of the farm. The name was lost, until early maps of the farm were found, showing that the small medieval settlement of Whitlow comprised of several small tenement farms, each with a strip of land running down towards the river. We hope to find out more about the farm in medieval times as part of our future research. 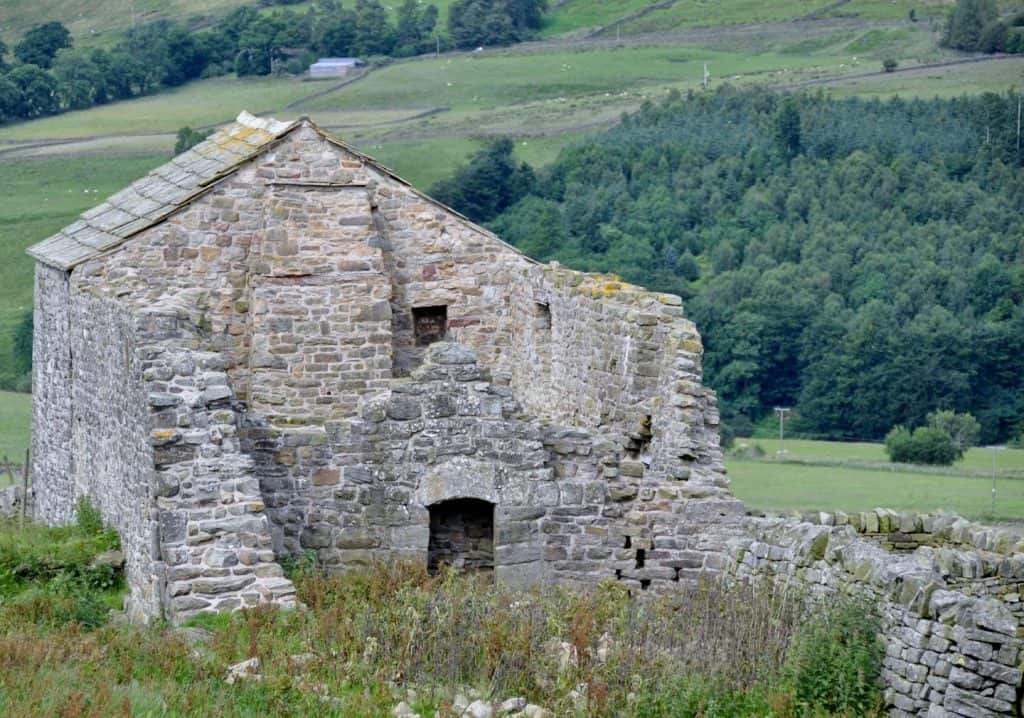 The ridge-and-furrow field systems in the fields near to the farm buildings are overlain by stone-walls. These field boundaries were created when open fields were enclosed, probably after 1667, when the land here was purchased by the local tenant farmers from the manor and Lordship of Kirkhaugh and Whitley. As landowners rather than tenants, the new owners had greater interest in improving the land. The curved intake wall that passes to the west and north of the Roman fort may date from this time, separating the newly improved fields below it from the open moorland above. Most of these walls have continued in use through to the present day, and provide shelter for sheep and also for reptiles, insects and small mammals.

The original Castle Nook farmhouse was built around this time, overlying the Roman Commander’s house inside the fort. This was the birthplace of the great Northumberland historian John Wallis in 1714. In his 1769 book, The Natural History and Antiquities of Northumberland, Wallis shows that this birthplace had considerable influence over his interests and career. He writes, “Northumberland being Roman ground, and receiving of my first breath in one of their Castra…..I was led by a sort of enthusiasm to an enquiry and search after their towns, their cities, and temples, their baths, their altars, their tumuli, their military ways, and other remains of their splendour and magnificence”.

The farm owns an extraordinary collection of 108 documents, dating from 1657 – 1868 and now in the County Archives. These record changes in land holdings, and reveal complex details relating to inheritance and the finances of those involved in the ownership and management of the land at Epiacum. These documents have been transcribed by local historian Alastair Robertson, who has used them, along with the results of recent English Heritage survey work, maps and other documents, to construct a detailed history of the farmstead between the seventeenth and the nineteenth centuries.

A key development in this landscape was the construction of the new turnpike road (now the A689) linking Alston and Brampton. Dating from the 1820s, this lies between the fort and the river South Tyne. The original Castle Nook farmhouse was abandoned in favour of a new house (the current farmhouse) adjacent to this new road. The old road, on higher ground west of the fort and now followed by the Pennine Way, became redundant as far as through-traffic was concerned. It was still used by farm traffic and as an access track to small-scale coal mines, lead workings and limestone quarries, remnants of which survive today as prominent earthworks. An impressive limekiln, built to burn coal and limestone to produce quicklime to improve the fertility of the local acid soils, survives on the hillside north-west of the fort. Any lead mining took place in the immediate vicinity of the fort seems to have been largely exploratory in nature. The single shaft dug into the fort ramparts close to the southern tower presumably found little in the way of economically exploitable resources. This is probably just as well, or the entire fort would soon have been dug up and largely destroyed. The moorland above the intake wall was formally enclosed in 1862-3, but this had little impact on the already-enclosed fields overlying and immediately adjacent to the fort.

In 1833 the prominent mining engineer Thomas Sopwith wrote An account of the mining districts of Alston Moor, Weardale and Teesdale in Cumberland and Durham in which chapter four is devoted to the Roman Station at Whitley Chapel.

The RomansDark-Ages - from 410AD to 1066ADMedieval times - form 1066AD to 1600ADPrehistory
It is important to try and understand these sites better so that we can start to develop an understanding of the kind of society that existed here when the Romans arrived.
Epiacum Heritage

A great aerial shot but if you visit you can play “spot the difference” on the ground! https://t.co/ZnDQoQhq0w
Tuesday 31st December
The farm shop and cafe is now doing a roaring trade ( even selling moles!!!) thanks to @pete_savin for this great… https://t.co/nP1PeEW9I1
Monday 30th December
The mystery of the epiacum ramparts my br about to be solved ( or maybe not!) - forget Mother Goose and catch up wi… https://t.co/hf8fdXF02w
Wednesday 18th December
Yes do!! https://t.co/xB0T6iMeiX
Wednesday 11th December
Alston looks like the place to be! New businesses , including The Nook . #culture #comfort #relax… https://t.co/sggZhoXbAR
Tuesday 19th November