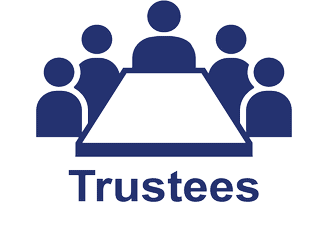 We currently have vacancies for new trustees, particularly with expertise in the field of archaeology, landscape, farming, social enterprise, and policy making. Please email epiacum@gmail.com if you would like to find out more.

Epiacum Heritage is managed by a small team of Trustees.

Along with her husband, Elaine owns Castle Nook Farm, the land on which Epiacum and the whole archeological site is situated, and has, quite literally lived ‘in the nook of the castle’ for thirty years! Elaine is passionate about education and in particular in getting children engaged and interested in our history and heritage. Elaine’s vision and passion for the site has been the foundation for where Epiacum Heritage is today.

“Up until six years ago, Epiacum existed as an earthwork monument on our farm, which we used for grazing. Under a strict management agreement with English Heritage, we are responsible for the preservation and management of the site.

Having worked in Primary education for eighteen years and progressing towards a full teaching qualification, I realised the potential for education on my doorstep and began the long process of preparing the site for use as an “Outdoor Classroom” environment.

I have experience in planning and delivering educational activities and believe that learning should be meaningful, creative and enjoyable. The site of Epiacum, and indeed the farm, provides an excellent base for cross curricular learning. I also recognise the potential for increased tourism and economic regeneration in the local area and am keen to set up strong partnership working relationships with other local tourism providers.“

Paul is an experienced heritage professional, who has worked on a number of projects at home and overseas, including his current work on the reconstruction of an ocean going Viking longship in Norway. He brings a wealth of experience to Epiacum and his extensive knowledge of the local lead mining landscape is of particular value to us. Together with Elaine, Paul was a founder of Epiacum Heritage and the previous incarnations. 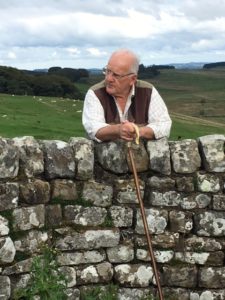 Tony was born and raised in the North East from farming stock he can trace back to 1694 at Small Burns and Low Turney Key farms, only a day’s march from Epiacum Fort!    He has a background in business but most of his working life has been unusual and out of the ordinary.  For 9 years he was Field Director and Expedition Leader for Operation Raleigh during which time he led 26 expeditions that were often closely involved in archaeological exploration, wild life care and community projects, a position that arose following over 25 years with the Army Reserve.

He restored Calshot on the Solent and cemented its place as the premier activity and adventure centre in the UK before joining the National Trust as Property and Project Manager based at Gibside.  He led the reopening of the Grace Darling Museum in Bamburgh and contributed to the work at Glamis Castle, seat of the Earls of Strathmore & Kinghorn.

Tony is greatly looking forward to the continuing success and promotion of Epiacum at the Heart of the Pennines and on the roof of Northumberland!

Tony says “At several times over the last 3,000 thousand years this place has been the focus of life and activity for so many different people with different languages, hopes and dreams, yet now it is the sheep who busily go about their daily duties without a care in the world, or is it.

The first time I was there my imagination took over and I was hovering over the area like a kestrel with an ever changing scene below me, watching the coming and going of the bronze age inhabitants of the round houses that were swept away with tramping feet of the Legions of Rome as they set the first stones for the Fort.  Traders bringing silver and lead passed through the gates while the scene changed yet again to the hard grind of commercial Lead Mining which in turn gave way to the Hill farm that now stands watch, with the woolly sentries ever vigilant.

So, what I like about Epiacum is what it does to my imagination and Northumbrian soul.” 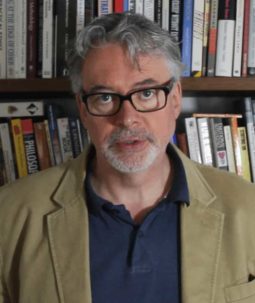 is Chair of the board of trustees. He is Ex Army, Ex Police and is currently a psychologist and lectures at the University of Oxford and is an expert in human and organisational reactions to uncertainty. He is also Editor-in-Chief  of The Oxford Review. David has a keen interest in archeology and history and has attended a number of the masterclasses at Epiacum.

David says “Epiacum is a lot more than just the highest, most unique and well preserved Roman fort in Britain. The entire site has archaeology showing constant habitation and land use going back to the Mesolithic period (the period between the Upper Paleolithic and the Neolithic – between 11,500 years ago and 5,500 years ago. The time period during which hunter gatherers turned into farmers – we found a mesolithic arrowhead last year) through iron age settlements, the Roman period, post roman – early medieval (the Dark Ages), the whole of the Medieval, Tudor, Georgian, Victorian,  20th Century periods right up to today.

I am not aware of any other single site that has so many layers of historical and archaeological context in one small area. Add that to the archaeology of the rest of the valley and you have a unique story of a constantly changing but well preserved landscape to explore.”

If you’d like to find out more about becoming a trustee or adviser to the charity, click here.