Times are changing for Roman spring at Epiacum! 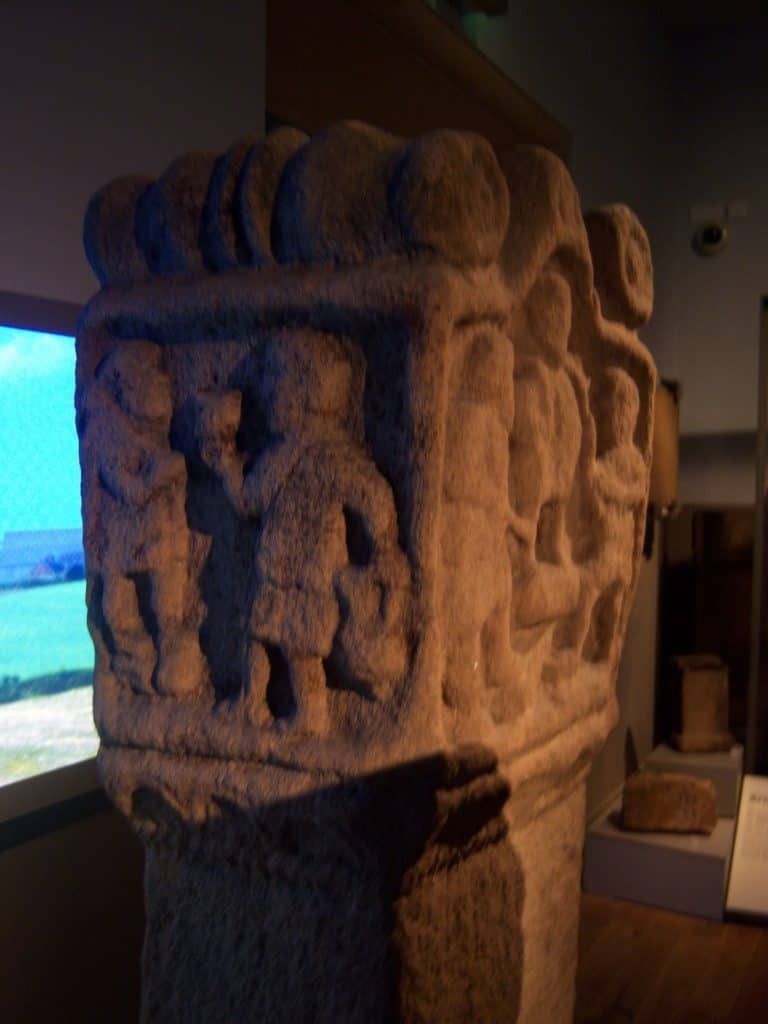 There is no doubt that , in days gone by, the underground springs at Epiacum were much needed. Securing a constant supply of water for an impressive roman bathhouse , as well as providing drinking water for the fort and vicus, was probably something that concerned the Romans a lot.   It would certainly be a consideration when deciding on the actual location of the fort  and, whatever methods they employed to first find and then retain a good supply of water, they were secured by the strategic placing of an altar to Apollo. Underneath the four pillars that supported the altar directly over the spring, coins were placed as a “good luck” offering to keep it running.

The altar (and the coins) were uncovered and removed from the site after an excavation in 1837. It now stands proudly in Newcastle’s Hancock Museum as part of their “Hadrian’s Wall” exhibition. However, in the near two centuries that have passed, the roman spring has continued to run until today. Now used by the farming family and around 80 cows, it provides a constant supply of fantastic tasting water – and, best of all, does not come with a water rate bill or meter!

But things are changing….

Those 80 cows drink some water and, as many a farmer’s wife will tell you, they take priority! Using the dishwasher, taking a shower or even making a cuppa all, on occasion, have to wait until the cows have had their fill!

So, what to do? Put in a bigger tank? Well, that isn’t as simple as it might seem! The tank is below ground and well within the boundary of the Scheduled Ancient Monument (SAM) so we can’t simply dig down and replace it. Scheduled Monument Consent needs to be applied for and granted on the condition of an archaeological watch, which is very costly (even though we have got friends in high archaeological places).

One thing we DO know about water in the North Pennines is that there is plenty of it, so this week we took action!

Thanks to Lakes & Dales Water and their impressive borehole drill, we have found ourselves a new supply. There may be “moos” of protest but those cows aren’t getting any of THIS water . It may not have been used for roman bathing or drinking but we ARE going to make very good use of it!  You may need to keep following the blog to find out more……. you could call it a drip feed!

« Masterclass full….. but
The borehole is in full flow …grab a coffee! »