Our Man in Pompeii : Final Preparations

Two days before I hit the airport.

Time to check out the kit and the comms.  Need to be able to stay in touch with the Big E whilst out there, and these days everything is on minature screens.  Much preferred it when we filed our reports on the typewriter. 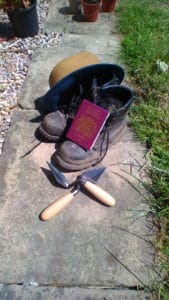 The most important bits

I’ve also been looking at the brief that came in via the usual grapevine.  The target area is apparently known as “Regio VII, Insula XIV” – must be a codename.  After some rooting about I discover that it’s an area of shops that butts up to Via dell’Abbondanz – not a neighbourhood I’m familiar with.

The local unit out there goes under the name of Etruria Nova Onlus.  Their operations are on Facebook and reveal that they’ve already gone down through the rubble that Vesuvius left and discovered the shops were built of the remains of buildings that collapsed in the earthquake of AD62.  The poor sods of Pompeii were still rebuilding their town when the mountain blew.

The door bell rings.  It’s the postie with a package.  I open it and find a note from Big E wrapped around some sort of material:

“There’s another agent assigned.  Agent C.  Make contact with her at the airport.  Oh, and here’s your disguise.  Good luck and make sure you’re back in time for Operation Jericho.” 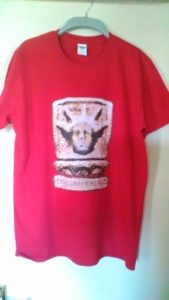 Clearly she’s thinking I can blend in as a tourist.

Mmm.  Agent C.  I wonder if the job’s being funding by Grampus?  Sounds like their sort of codename.

Ah well, time to break the bad news to the cat.  She’s been giving me the evil all day, ever since the case came out.