Epiacum Questions: Why were the Romans called ‘Romans’ and not ‘Italians’?

In a new series of posts we thought that we would answer questions about topics connected to Epiacum and the surrounding area. Whilst we are starting with a question about the Romans the whole site around Epiacum Fort contains a lot more history and archeology than just the period the Romans were in the area. In fact there have been finds of Mesolithic (Middle stone-age circa 8,000 – 4,000 BCE*) worked flint believed to be from around 6,000 BCE on the site. So the whole site has evidence of human habitation for more than the last 8,000 years! More of this in later posts.

Why were the Romans called ‘Romans’ and not ‘Italians’?

Italy didn’t actually become a unified country until 1861 when a collection of states and regions were brought together as the Kingdom of Italy. The process of unification took some time and was started in 1815.

Whilst the lower peninsula of what is now known as Italy was known is the Peninsula Italia as long ago as the first Romans (people from the City of Rome) as long about as 1,000 BCE the name only referred to the land mass not the people. 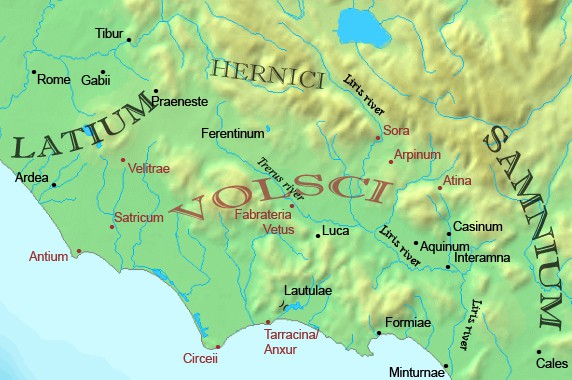 Peninsula Italia was populated by a number of what are known as Italic Tribes and one of these was known as the Latins from Latium, which is the area around the River Tiber where Rome was situated and where the Latin language gets its name from.

It is believed that the Latins migrated to this area during the late Bronze Age (about 1200 – 900 BCE) from further east. The Latins remained a distinct tribe or collection of families until around 753 BCE when Rome (known then as Roma) was founded and started to develop as a city.

Rome started to become powerful around 600BCE and was formed into a Republic in 509BCE. It was around this time (750’s – 600 BCE) that the Latins who lived in Rome became known as Romans.

As you can see the identity as an Italian (from Italy) was not to happen for another 2,614 years!

Rome like many other countries was originally a small kingdom from 753 BCE until 509 BCE when the Roman monarchy was overthrown and the last king of the Romans, the unpopular Lucius Tarquinius Superbus was exiled during a political revolution.

Why the Romans are called Romans

The point of all of this is that the mind-set or thinking of the day was not around the idea of countries and nations but rather tribal regions and home cities / towns and villages. Essentially the identification of an individual or family was based on their ‘home’ tribe. Even though the Romans controlled huge tracts of land and sea, their identity was based on their ‘home’ – the city of Rome.

« Epiacum this April
Bring The Past Alive: A Weekend Master Class With Time Team’s Stewart Ainsworth »